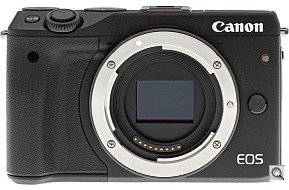 A few years ago, Canon’s mirrorless camera, the EOS M3, was met with a collective, “meh.” That’s because the sensor in your phone is better than what they shipped. We all know that point and shoots died with camera phones and the benefits of mirrorless are image quality on par with DSLRs or better. So, it seemed Canon and Nikon have just had a mirrorless SKU instead of either a category leader or changer, like the Sony Alphas, Fuji Film, or even Olympus. The EOS M33 was updated in Europe and Asia and finally it’s shipped to the US. Imaging Resource  got a demo in and field tested it. Their conclusion, first with the Pros

While a shorter list of negatives, it doesn’t seem like this is the mirrorless camera Canon fans were hoping for. Our take? Once Sony and Fuji Film gains more marketshare, expect much better mirrorless offerings from Canon and Nikon.