Sony staffers taking a break after the launch while Marilyn poses is my fav shot so far with the just-launched a7 III. The a7 III is the basic model, as Sony describes it, and packs their latest tech into a $2K body. And, I think the photo best expresses what shooting with the latest Sony is like.

It takes a fast-focusing camera that can lock onto faces in low light to get a candid shot like it. I was standing off the set by a few feet practically in the dark and with the silent shutter on. I aimed at Akira and Hori, the a7 III locked on to his face, and snap (silently).

I’d expect photographers will use the a7 III as a daily workhorse, which is what it was designed to do.

The specs are impressive 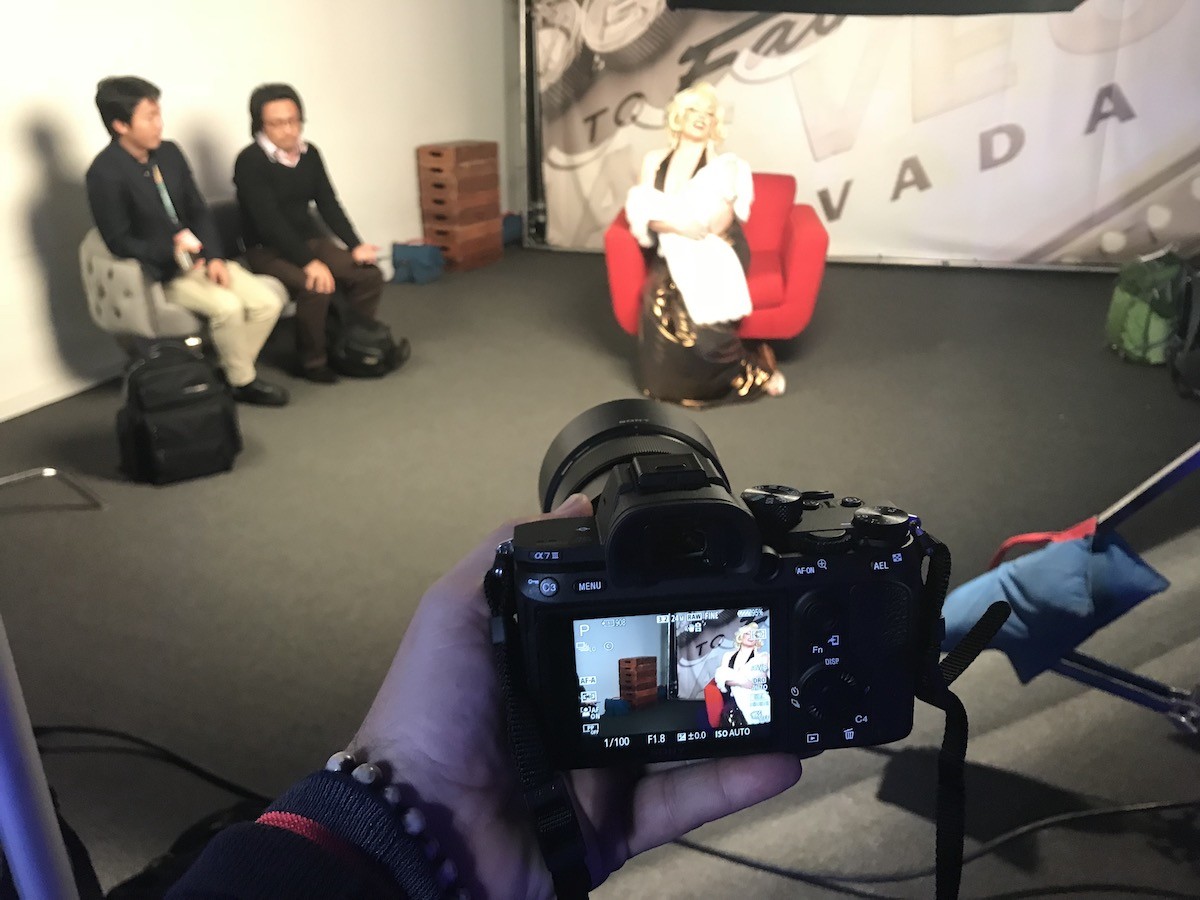 Switching or upgrading to Sony now costs about $3K with a kit and/or nice lens and Sony expects that’s the sweet spot of a price point. After the launch last night in Vegas, a few miles from the Strip on a chilly evening, I’m shooting all week with the a7 III, an FE 1.8/85 and the FE4 25-105.

What you need to know about the a7 III is Sony took the best tech from their α9 and α7R III models and paired them with an all-new 24.2 MP back-illuminated sensor to deliver a full-frame camera for pretty much everyone.

The a7 Is Not That Basic

Calling the a7 III the basic model is ironic because it’s fully featured. The term actually refers to what buyers can expect from the “basic camera” meaning the entry level, but it has all the bells and whistles.

Sony is saying, ” There’s no need to compromise even at the entry level.” It’s like you can buy the  Toyota Corolla but with the Lexus motor. Up until now, there’s always been a mirrorless compromise, but according to Sony not anymore.