Lensbaby’s Facebook page has spent the weekend hinting about a new Lensbaby lens that will launch on April 7, 2015. The company has been teasing photos and specs as their posts have been shared. The lens will have a fast aperture of f/1.6, whatever it ends up being. Lensbaby has produced their lenses for both Sony A and Sony E mounts, so we expect this Lensbaby lens will be available in a Sony mount.

Originally it was speculated that the lens was going to be a 50mm because Lensbaby wanted fans to share the post 50 times. Now though, thanks to shots of the upper portion of the lens showing it both extended and not extended, it’s pretty clear it’s going to be a zoom lens. 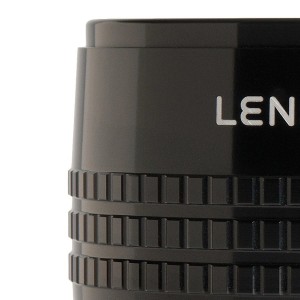 We like the look of the lens’s barrel, it’s reminiscent of older Nikkor and Canon glass.

Whatever the lens ends up being, we’ll be reviewing it after its launch.

These lenses are available for Sony A and/or E mount