Earlier this month, camera manufacturer and software company Phase One released Capture One Pro 10, an update to the company’s all-in-one photographic workflow tool. And, we’re working with them directly to share content about using Capture One Pro 10 and incorporating it into your workflow.

The latest update adds new features, and improves editing speed making it the photo industry’s alternative to Lightroom. I’ve been using the beta version of Capture One Pro 10 for a few weeks prior to the launch and it’s faster and more streamlined than the previous rev. On my MacBook Pro (Retina, Mid 2012), the fans spin up way less than when I used version 9, and in our tests on a MacBook Pro 2016, the application runs without lagging or hesitation.

One of the key new features in Capture One Pro 10 is the revised RAW engine. While the update from the processing in version 8 to version 9 brought big improvements in the converted RAW image quality, this version emphasizes speed of loading and editing.

Like driving a Saab, the interface is designed by Danish developers and it’s entirely different and more daunting than Lightroom at first—but it is incredibly customizable. Thankfully and most importantly, the interface is non-modal; there’s no toggling between library and develop to edit, organize or print. The common editing functions are there, but also tools that are not available in Lightroom—like Color Balance that allows you to color grade as you’d do with video.

Capture One Pro has robust tethering capabilities that not only work with PhaseOne’s own cameras but a whole range of current and previous digital cameras from Nikon, Canon and Sony; including Sony Alpha Series cameras. When tethered, users can preview and compose images using the full size of their monitors, and can control camera operations directly from Capture One Pro.

The highly customizable interface is another feature of the application. You can create and save workspaces, similar to the functionality in Adobe Photoshop customize any tab or floating tool. What I’ve done is set up a laptop-only workflow for media events and a separate workspace for studio work with dual displays. You can also set up a workspace for rating and then switch to one for editing, for example, or make a display with floating tools for retouching but only the sidebar tools for general editing.

Emphasizing a professional workflow, the app can automatically import and export images based on variables called Tokens. You can automatically process images into folders dynamically named according to the shoot date, or client name, or ratings—or pretty much anything you can think up that involves ratings, XIF or IPTC data.

You can create different process recipes for different needs and run them all at once to any number of images. Select one image or one thousand images and simultaneously export them as low res JPEGS, high res TIFF files and watermarked JPEGs, for example. 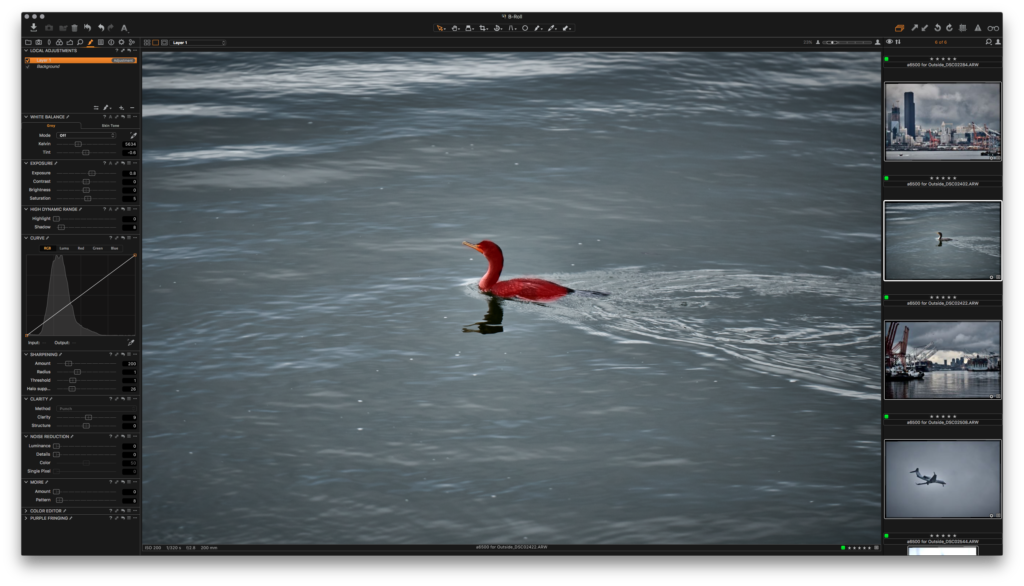 I noticed no lag in this version when using the powerful local adjustment tool for brushing on layers. Adjustments, including local area adjustments and metadata, are copyable and can be applied to images or saved as presets. I have the a6500 in to demo and created a preset for it so that all my images start with a specific look.

Metadata is stackable too, so it’s possible to create a preset for basic copyright information and add shoot location and add a model release template.

For the next month, after the holidays we will be posting more about how we’re working with Capture One Pro 10. We want you to understand the power of the new features and the tool sets.

Note that it’s the same download for any version.  On the start up screen you pick the run mode.