This review originally ran on the website of our content partner Digital Photo Pro, and runs abridged here. Additional image samples have been added to this review as well. For the complete article, visit their website.

The Sony a7R II was a head-turning camera, one that Sony admittedly used as a demonstration to show Canon and Nikon just what Sony could do with mirrorless, full-frame technology thanks to their domineering position in the sensor manufacturing market. The smaller, yet nearly as powerful Sony Cyber-shot DSC-RX1R II is no less of a technological showhorse, packing most of the features of the a7R II into a body that’s smaller and lighter, and (on paper) can produce a better image than anything else in its class.

The defining feature of the a7R II is the 42-megapixel Backside Illuminated (BSI) sensor, a Sony-designed imaging device that redefines low-light image quality. While BSI technology isn’t new, putting it on a full-frame sensor is, and the result is a 35mm-sized sensor with several stops better light performance than anything else on the market. (More on this in a bit, and in our original a7R II review in the September/October 2015 issue.)

With the release of the RX1R II, Sony is yet again strutting its stuff, making a bold declaration of its prowess. Sony is a company that excels at making big things small and making small things smaller; it’s in the company’s DNA. The first pocket radio, the Walkman, the CD player—everything Sony does is about shrinking technology in a way that other people either haven’t or can’t do. 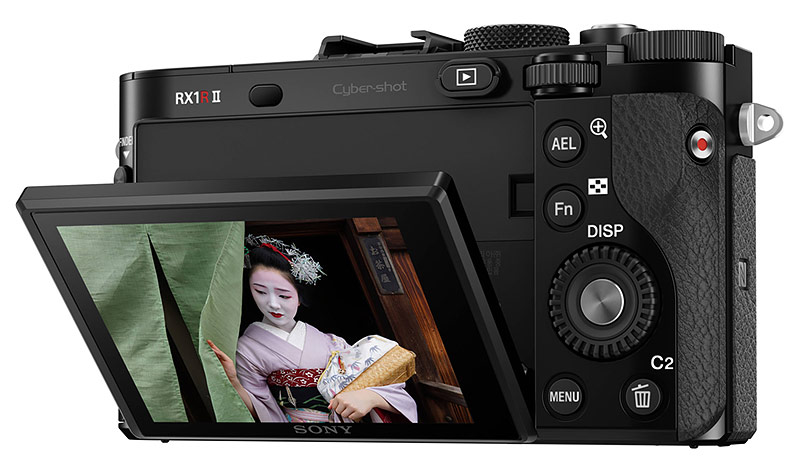 The RX1R II may be the most “Sony” thing the company has ever done. The fact that they’re doing it at a price point of $3,300 should come as little surprise; the first generation in which Sony miniaturizes a technology usually comes with a hefty price tag.

The Sony RX1R II features the same 42.4-megapixel BSI sensor and BIONZ X image processor as the a7R II. This sensor was designed by Sony in their in-house sensor manufacturing facilities. Having suffered losses in several key markets over the last decade, Sony not only has doubled down on their profitable sensor business, the company has bet the farm on it.

BSI technology solves a key problem in camera sensitivity. Traditionally, the connections between pixels—think of these as microscopic wires—that transmit the data lie on the front of the sensor. These wires reflect and block some of the light that otherwise could hit a photoreceptor pixel. That’s not much of an issue when pixel count is relatively low, but at a certain point, as the pixel count increases, the network of these wires becomes so dense that it blocks a large amount of the available light, reducing sensitivity.

Inside the RX1R II body is not only the same sensor and processor as the a7R II, but a brand-new bit of electronics—a variable low-pass filter—a high-end piece of optical adjustment hardware that we expect to see in whatever replaces Sony’s current a7 system lineup. 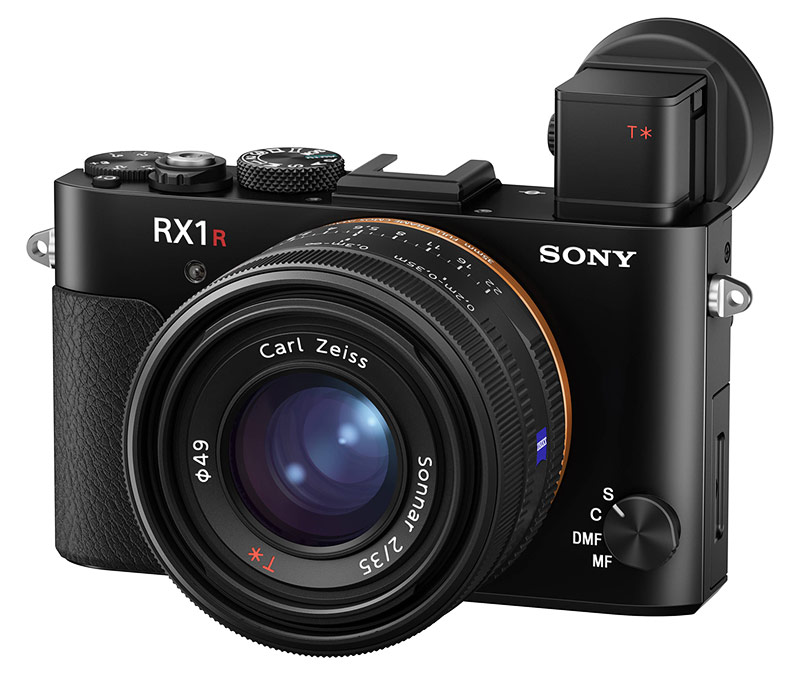 A low-pass filter is designed to reduce moiré, the unfortunate and nearly-impossible-to-correct-in-post optical aberration where parallel lines seem to converge together. Moiré happens often in fabrics and in man-made objects, like sidewalk grating, the sides of skyscrapers and even parallel lines of tile.

The higher the resolution of a sensor, the more likely moiré is to occur because the effect is enhanced by the proximity of pixels to each other. Most high-resolution cameras have dealt with this by putting a filter in that reduces this effect, but like most filters, it causes a loss of sharpness. Some high-resolution cameras re-sharpen after a low-pass filter, and some cameras now come without a low-pass filter.

The RX1R II’s variable low-pass filter can be switched on, off or high, depending on the shooting need. From the take-apart websites and diagrams we’ve seen, this is achieved by sandwiching a liquid-crystal layer between filter layers and using electricity to partially charge that middle layer, varying how much light passes through. It’s a pretty ingenious solution, and while teeny, it’s another thing that Sony had to stuff inside the camera.

It also has a pop-up electronic viewfinder that some users rave about, but I have mixed feelings about. Personally, I would have preferred a full-time viewfinder, even if it meant increasing the size and shape of the camera, because I loathe composing a shot with an LCD screen, but I do have to give Sony props for designing a viewfinder that can tuck out of the way when trying to remain inconspicuous, but that functions well when needs dictate. There’s a generous and light-blocking eyecup for the viewfinder that I’m certain I’ll lose by the time you’re reading this issue, but those are easily replaced.

My one main issue with the pop-up viewfinder is that pressure on it pushes it back into the body—naturally, but that means it can be partially depressed by leaning against it while shooting vertically and it starts to retract, leaving you with a blurry viewfinder image. 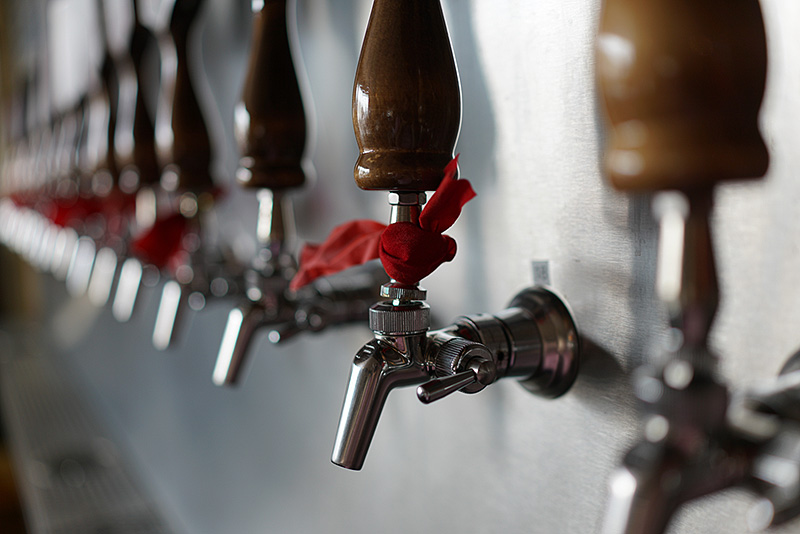 The previous-generation RX1R could capture five frames per second, once focus was locked, but the RX1R II has picked up a faster AF system and now can shoot 5 fps while performing continuous focus. That’s a big jump in AF technology, and the camera uses a hybrid AF system that combines contrast detection and a 399-point on-chip phase-detection system for some pretty robust follow focus.

We tested the RX1R II at a local skatepark, where we were able to track moving skateboarders and BMXers with ease, up to the point at which they rode past the lens’ minimum focus threshold.

What didn’t make it into the RX1R II is the 5-axis stabilization (often refereed to as IBIS, or in-body image stabilization) that shifts the sensor in micro increments to compensate for hand shake. It’s not a feature available in every camera, so it’s not a huge loss here.

The camera also loses the flash of the RX1R to make way for the viewfinder. I prefer a viewfinder to a flash, but I think it should be illegal for a camera manufacturer to make a compact camera without a flash, period. If my phone can figure out how to pack a color-balancing flash onto the back of it, surely a camera manufacturer could put a small array of LEDs on the face and at least give me the hope of providing fill-flash in bright sunlight.

While it’s not an excluded feature, per se, Sony made no improvement to the 35mm ƒ/2.0 Carl Zeiss lens on the front of the RX1R II. Even though I’ve seen this lens lauded in forums, it’s not my favorite piece of optics, and the objective reviewers at DxOMark.com gave the lens relatively low scores, finding a good amount of distortion and chromatic aberration.

The lens has a nine-blade aperture designed for smooth bokeh, but doesn’t feel as “creamy” as the (admittedly massive) Sony Distagon T* FE 35mm ƒ/1.4, which is available for the a7R II. Certainly not as portable as the ƒ/2.0 lens on the RX1R II, it’s the standard by which 35mm lenses for the Sony platform inevitably will be judged, and this lens isn’t as good.

In fact, in a shot of the Empire State Building from the Top of the Rock Observation Deck on a hazy day, there’s noticeable barreling, as the top spire of the historic landmark appears to curve to the right. This amount of distortion would be expected from a wide-angle lens, but 35mm is considered pretty standard, and so this amount of distortion was surprising.

In another test, something I do routinely with cameras, I pointed the RX1R II directly at the chandeliers at Grand Central. There’s amazing detail on the lighting fixtures, but mostly I shoot up at the ceiling with its bright lights to see how the camera’s metering handles the scene and how the dynamic range looks with a bright center and dark edges.

With such a superstar sensor, I wish that Sony had done something, anything, to upgrade the glass in front of it.

The lens certainly creates beautiful images, and when it’s on, it’s really spot-on. But I would have loved to have seen some tweak to the glass.

As mentioned, when the lens is in its element (pardon the pun), the camera turns out images that are astounding. You easily could use images from this camera on the cover of glossy travel magazines or as gallery prints.

In low light, the camera stands head and shoulders above anything else in the digital compact arena. The majority of compact digital cameras have teeny 1-inch sensors, while some more pro-oriented systems (like the Fujifilm X100T) have an APS-C sensor. None can stand up in low light to the images from the RX1R II, period.

It’s possible to capture images at ISO 10,000 that look like the next closest camera at ISO 1600-3200, it’s that good of a sensor. I leave the auto ISO settings on the camera to range from 100-6400 at its discretion and rarely regret the choice.

When the Sony RX1R II was announced, a few of my friends, who had just purchased the a7R II, messaged me to say they wished they had purchased the RX1R II instead. Just looking at the numbers, it seems like the RX1R II is a near-perfect camera, at least for the photographer who’s looking for a lightweight, discrete, go-anywhere body that takes the best pictures possible.

On paper, the RX1R II is the perfect camera. It’s significantly lighter and thinner than the a7R II, and it has the same sensor as the a7R II that received a 98 in DxOMark scoring. It’s compact enough and “consumer”-looking enough not to draw attention, something that’s very important to photographers traveling in less-than-friendly locales. (It’s not waterproof, nor water-resistant, however, though neither is the a7R II.)

In practice, the RX1R II is a mixed bag. It’s definitely not a substitute for the more professional, interchangeable-lens a7R II, but instead is a very expensive complement or alternative. What’s the difference between substitute and alternative, I hear you asking? A substitute would be a camera that a professional could have as a full-time replacement, while an alternative is the camera you’d grab when a larger system isn’t an option or isn’t desirable.

On the one hand, the RX1R is completely silent—the electronic shutter makes no noise—the lens is reasonably good, the autofocus is fast enough for daily activities, the sensor is, by far, the best in a compact digital camera, the electronic viewfinder is serviceable, and there’s a variable low-pass filter.

On the other hand, the lens isn’t as good as the sensor behind it, there’s no image stabilization, the viewfinder isn’t fixed in place, there’s no flash, there’s no macro shooting, it isn’t particularly fast at clearing the buffer, and it isn’t waterproof.

What Sony has created is the best travel camera of the day, but not the best travel camera of all time. It should not, and likely could not, replace a professional’s main camera. The limitations of the camera are outweighed by the benefits of having such tremendous imaging power in the palm of your hand, providing the $3,300 price tag doesn’t prevent an insurmountable hurdle in the first place.