Sat down for coffee to write about gravel tires for my bike blog, but it was the textures that caught my eye: creme, tread, tarp. So the review of Gravel Kings will have to wait for a bit, and it’s as good a time as any to share my daily shooter. It’s a Sony RX1R II. I shared the launch here, sample images, and also used it to take photos last weekend, while we fatbiked the Methow Valley. After carrying the camera around for a while, it eventually displaced my iPhone for mobile photos. That’s because it produces images like the above, or the ones in magazine, and our social channels. It also fits in the palm of your hand and that’s 42MP, 35MM, full-frame images to be exact. To upload, there’s an app that connects over a camera-connected WiFi network. I edit the images in apps like Snapseed and VSCO.

Back to those textures, check these tracks in the snow. My eyes didn’t see that much detail, but the camera did. I had it around my shoulder barely noticeable, and stopped periodically for a shot, like this one. 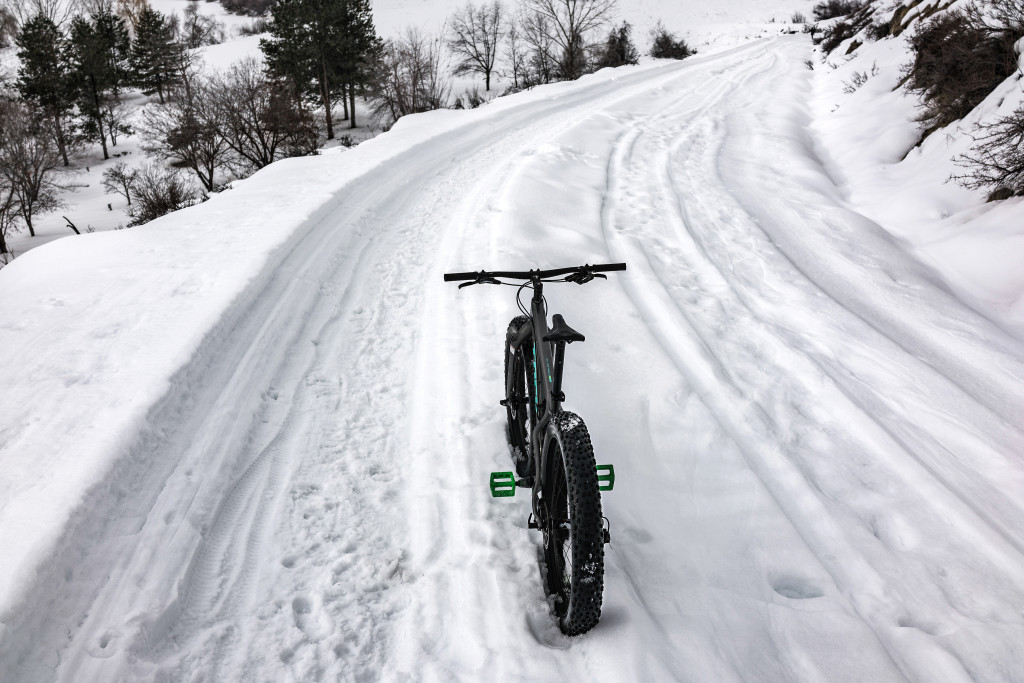 That’s what this camera does best, capturing moments, but don’t let its diminutive size fool you. Last month, I was at the launch of the new a6300, Sony’s latest mirrorless, and took photos with it in the studio they had set up for the media to demo lenses and cameras. That photos looks like the poster for a dystopian, sci-fi, stylish. Hollywood crime dramas. Possibly a procedural, or a Netflix series about Japanese Salary Men who get in trouble while visiting NYC.

When the RX1R II was released, the spec readers in forums, questioned the lack of stabilization. Well, unless you don’t have a steady hand, it’s not needed. I took this one after pulling RX1R II out of my jacket AND while riding.

Not bad, huh? I have many more miles and photos to take. Also gotta get back to that tire story, but if you’re interested in mirrorless cameras, browse our archives. The Rx1R II ships from Amazon for $3299.00. For what I do, it’s worth every penny. However, the best selling digital camera in history is the a6000 for thousands less at $648.00. It’ll take nearly as good a photo and Sony just released it’s successor, the a6300 for $998.00. That serves a different purpose, but takes equally good or better photos.

B&H also ships the RX1R II for the same price as Amazon.