The previous version of the RX100, the Mark V, I tried not to like, but it eventually won me over with incredible image quality for its palm size.  I mean, really it’s a 20MP, 4K, 8X zoom in a pocket-cam.

Covering Sony cameras, this is one of those, “How’d they do that” models. And, while the form factor is not my thing, I can’t argue with how well it performs or the spec sheet. 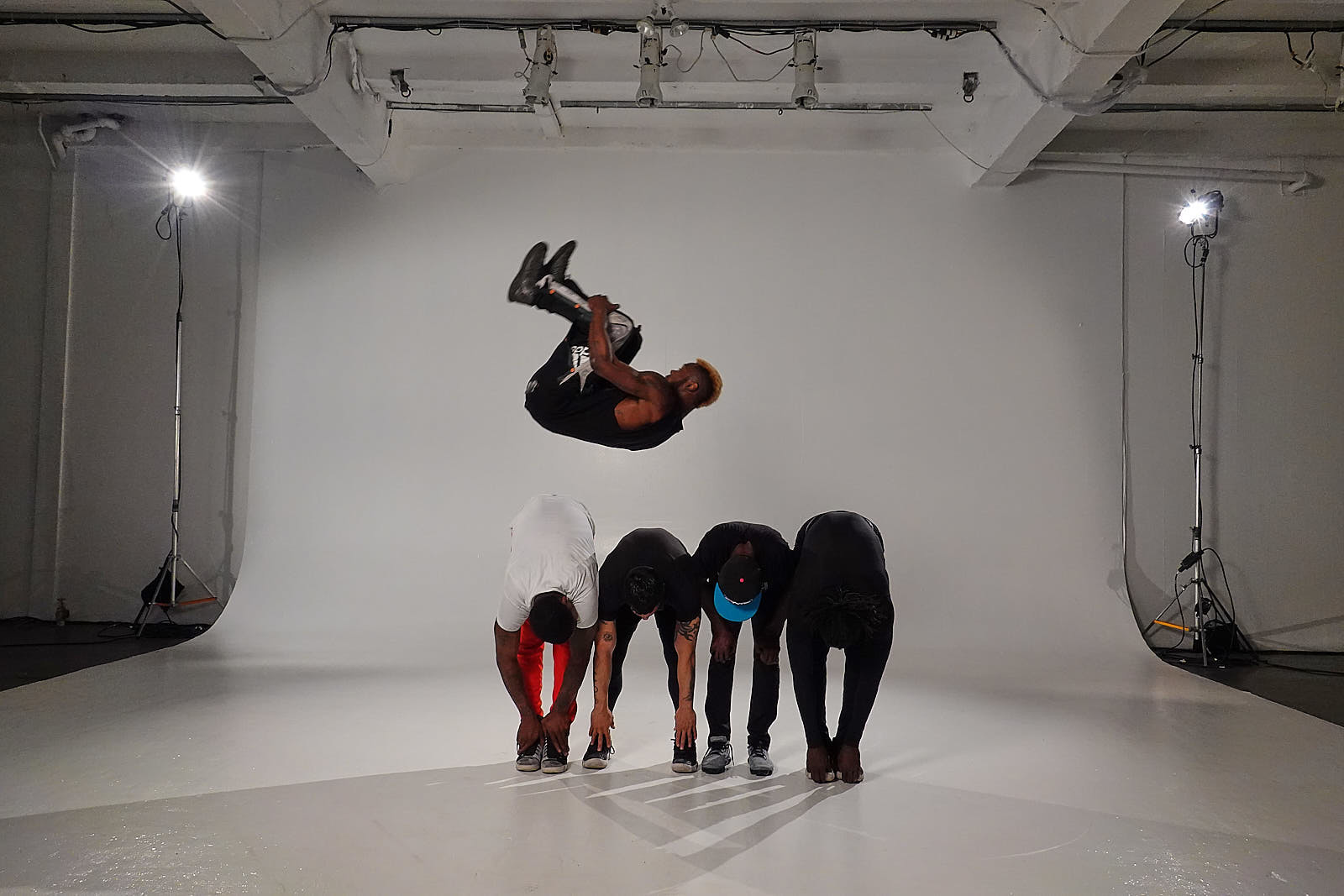 While I was on assignment in Eastern Washington, my editor at Digital Photo Pro, attended the RX100 VI launch. I’m sharing his hands-on review with permission. Also, this video.

Sony unveiled the latest member of the RX-family of cameras, the RX100 VI at a private media event, which provided me the opportunity to test this “premium” compact camera in a variety of settings. After spending the day with the RX100 VI (and having owned or shot with every model of the RX100 line) I have some preliminary thoughts and first images,

Must Read: Specs and Launch of the RX100 VI

The RX100 camera is designed to be a high-end, high-performance pocketable camera. It’s frowned upon at Sony to call it a “point-and-shoot” as that connotes the inexpensive and low-image-qualty cameras of the past—a segment of the market that was largely eaten by smartphone cameras.

The value proposition of the RX100 is that it combines high-end optics, a quality sensor and enough processing to allow it to function in lieu of a more expensive and more cumbersome system.

Sony is also (as is seemly every other company with a small camera) targeting at “vloggers”, the subspecies of YouTube creative that creates videos at the distance and composition of a selfie. To that end, Sony have released a manual controller for the RX lineup that allows shooters to hold a pistol-like grip with the camera attached to the top. This grip, the VCT-SGR1  provides camera controls, eliminating the need to reach around the camera and start/stop the video.

While I won’t comment on the value of a vlogging-style project, I will say that the handle idea seems better to me than most vlog solutions. It’s not natural to wrap a hand around a camera when it’s facing toward the shooter, and so the grip makes sense for the vlogger or consummate selfie taker.

This RX100 VI has increased the zoom range compared to the RX100 V, giving it a 200mm equivalent lens on the long end. It has also doubled many focus specs over the RX100 V, creating a much more powerful device for fast-action photography.

Sony have increased the focal length of the camera and added features like an EVF that pops into place, while the previous RX100 had an EVF that required manual manipulation.

The camera also has 4K HDR (HLG) support, and a one-push button for the EVF (the former models used to require pulling out part of the viewfinder hood to use the EVF) and has a tiltable LCD screen that can pivot 180º up and 90º down.

Like all of the RX100 cameras—and like all compact digital cameras—there are tradeoffs in the design. The RX100 VI has almost the exact same size body as the RX100 V (only fractionally smaller in depth) and a new lens, and there design advances. There are two tradeoffs with this camera. The first is the lens goes from f/1.8 at the widest setting for the RX100 V to f/2.8 for the widest in the RX100 VI.

Because of the small size, the RX100 VI, like the models before it, does not have great battery life. Several of the journalists assembled for media day exhausted the battery during shooting. To be fair, the cameras were probably not fully charged before we received them for testing, and I didn’t run out of battery power despite capturing 400 images and about five minutes of high-speed video. Your mileage may vary, but in any case, packing an extra battery on a long trip wouldn’t be a bad idea.

The buffer on the RX100 VI fills up rather quickly, something we noticed in the first few attempts of trying the 24fps capture rate. We weren’t equipped with the fastest-speed SD cards for the test, and while having top-end cards wouldn’t have solved the buffer filling issue, it would have sped up the process of clearing the buffer once it was full. There really isn’t a work-around for buffer capacity, short of setting the camera to capture at a slower rate, or be more selective with shots. With a 10fps camera, for example, a shooter might want to start capturing as a subject begins a motion, but with a 24fps camera a shooter instead might want to wait until just before peak motion to start the capture.

The other tradeoff is in price. At $1200 the RX100 VI sits in a rather rarefied space in the camera world. There are perfectly adequate cameras in the compact space in the $700 range and while these cameras don’t have the full set of features of the RX100 VI (most don’t have 24fps shooting, none have an Eye AF system that is as good, some have more limited focal lengths, etc.) for the average photographer, the RX100 VI is an expensive options, probably prohibitively so. 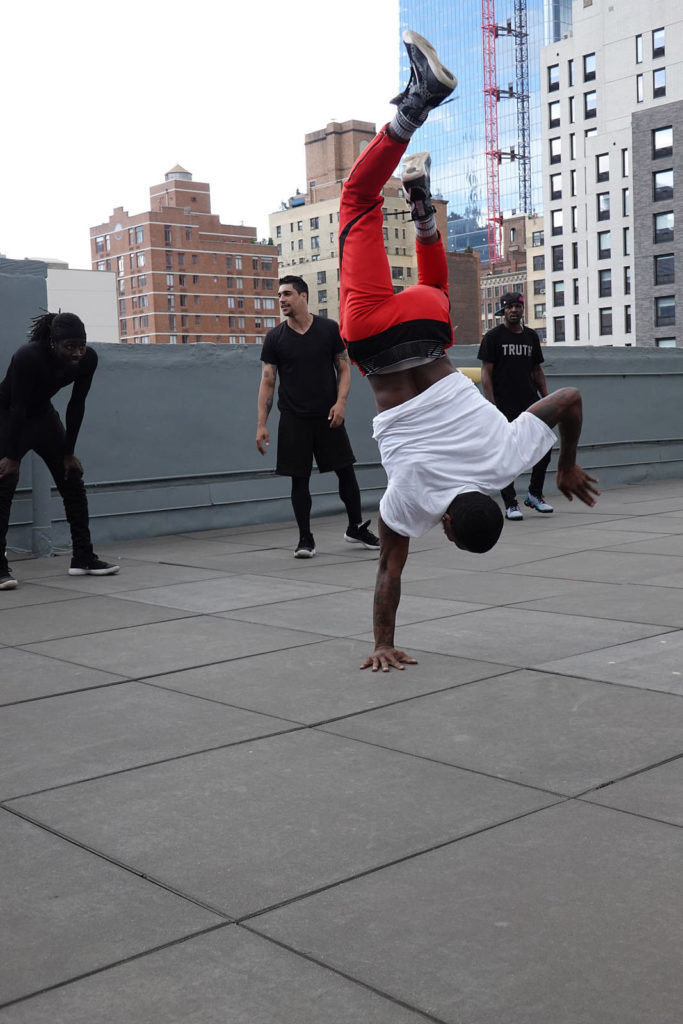 The RX100 VI is an incredibly capable camera, which is no surprise since the RX100 V was an incredibly capable camera, as were the preceding models. There is very little this camera can’t handle, and the focus speed and capture rate is on par with the company’s top-end cameras. The Eye Af system worked with alacrity, providing more accurate focus than competing compact cameras. The same held true for general subject tracking, the RX100 VI seems as capable of detecting and following subjects as the company’s pro bodies.

In the end, the focus acquisition and tracking speed is a significant benefit provided by shooting with this camera. I think that most pocket-camera shooters are familiar with the feeling of having almost nailed the shot, but there was little in the experience of using the RX100 VI where I wasn’t sure I had nailed it.

The camera tends a bit toward underexposure, although in most this was due to the subjects. When capturing images of African American performers in front of a white background, the metering was off sometimes by more than a full stop.  But that’s something that’s not uncommon in camera metering, and is something that photographers in general need to be aware of.

Images from the RX100 VI are sharp, and full of good color saturation and dynamic range. It’s hard, unless you zoom in above 200% to see grain in shots, even at relatively high ISO. We weren’t able to evaluate the raw files, but based on the JPEG files, I’m confident that the flexibility with raw capture will be even greater.

For those with the money to spend on a premium compact camera, the Sony RX100 VI is a great choice. It provides good image quality (especially good considering the size of the sensor), excellent AF and ultimate portability–several times I had a panic moment when I couldn’t tell if the camera was in my pocket or had fallen out because of the small size.

There are, naturally, better values to be had in photography, which is an argument I often hear when people talk about this class of camera. “For $1200 I could get an X-T20.” Performance-per-square-milimeter is clearly the strength of this camera.  Clearly then, the RX100 VI isn’t the choice for the photographer looking for the flexibility found in an interchangeable lens camera, but rather the flexibility found in having a great camera in your pocket.