How did you first get into downhill skateboard photography?

I got into downhill skate photography while I was in college, around 2007. I was taking a photo in school and learning how to skate hills in my spare time, so I brought the camera out at a couple sessions and posted the photos online afterward. The skaters were excited about the resulting pictures, so I kept at it. When I graduated in 2009 there weren’t a ton of jobs around, so I said “fuck it” and moved to California, where I lived on some pro skaters’ couch for $100 per month. The downhill scene was very small at the time and there was only one guy, Jon Huey, taking decent photos of it, so I figured I could help shape this emerging subculture through images. Right around that time, downhill skateboarding exploded in popularity. I’ve been able to make a living ever since.

What are the biggest challenges shooting downhill skateboarding?

The biggest challenge is logistics: getting myself and some talented skaters to a fresh, compelling location to shoot requires a lot of planning and willingness to rough it. It doesn’t help that many of the most talented riders are 18-year-old potheads, but what can you do?

What components make up the perfect picture for you when it comes to skateboard photography?

A perfect picture for me does four things: it captures a radical moment in skateboarding, it accurately represents the spot, it is aesthetically pleasing, and it gets people excited about skating. It’s even better when I get someone at their home spot.

“I am more scrupulous about consistently watermarking and I am less apt to upload albums directly to Facebook these days.”

You also run Skate House Media, can you tell us a bit about what you guys do?

Skate House is kind of a 21st century zine project. It started when five of us were living in a two-bedroom apartment in LA that served as an unofficial hostel for traveling skaters. We all had GoPro cameras and I was shooting photos, so we started a website to share our local scene with the world. It found an audience hungry for a raw, unpolished look at skating and has been going since 2010.

What advice would you give to anyone attempting to get into downhill skateboard photography?

If you want to take downhill pictures, just show up and start doing it. If you skate, remember that there is a time to put down the camera and get radical.

You recently had an encounter with social media image theft. Have your experiences with theft changed the way you handle your images online?

Social media image theft is a bummer. I am more scrupulous about consistently watermarking and I am less apt to upload albums directly to Facebook these days. That said, I refuse to let thieves ruin my photos for everyone so I’m not going to start using large watermarks in the center of my images.

Do you have any other experiences with image theft, and if so how do you go about handling them?

One of my photos has been widely ripped off and shows up on many ad-supported wallpaper websites. I emailed the site and never got a response. While I try to take it as a compliment, I’d be lying if I said I wasn’t bummed.

If you could travel anywhere in the world to skate and photograph, where would it be?

At this point, I’d probably go to Japan. I’ve never been there and they drive on the other side of the road. 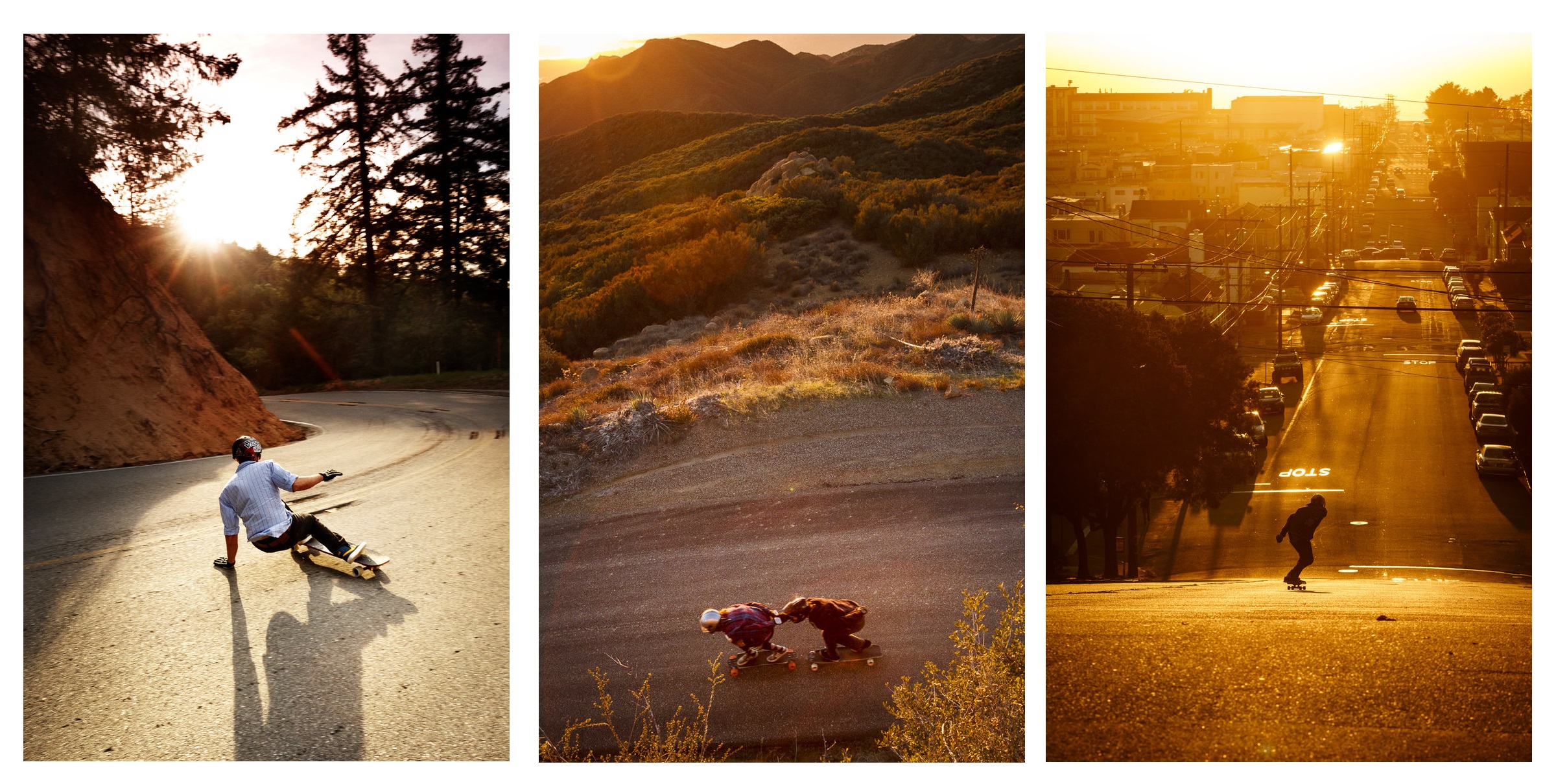 Max Dubler is a professional downhill skateboarding photographer and experienced writer based in California, US. Follow his Instagram.

His take on image theft was shared with us by Copytrack. Also, see the Petapixel article about his efforts to get paid and his follow up story.