The World Press Photo of the Year honors the photographer whose visual creativity and skills made a picture that captures or represents an event or issue of great journalistic importance in the last year. 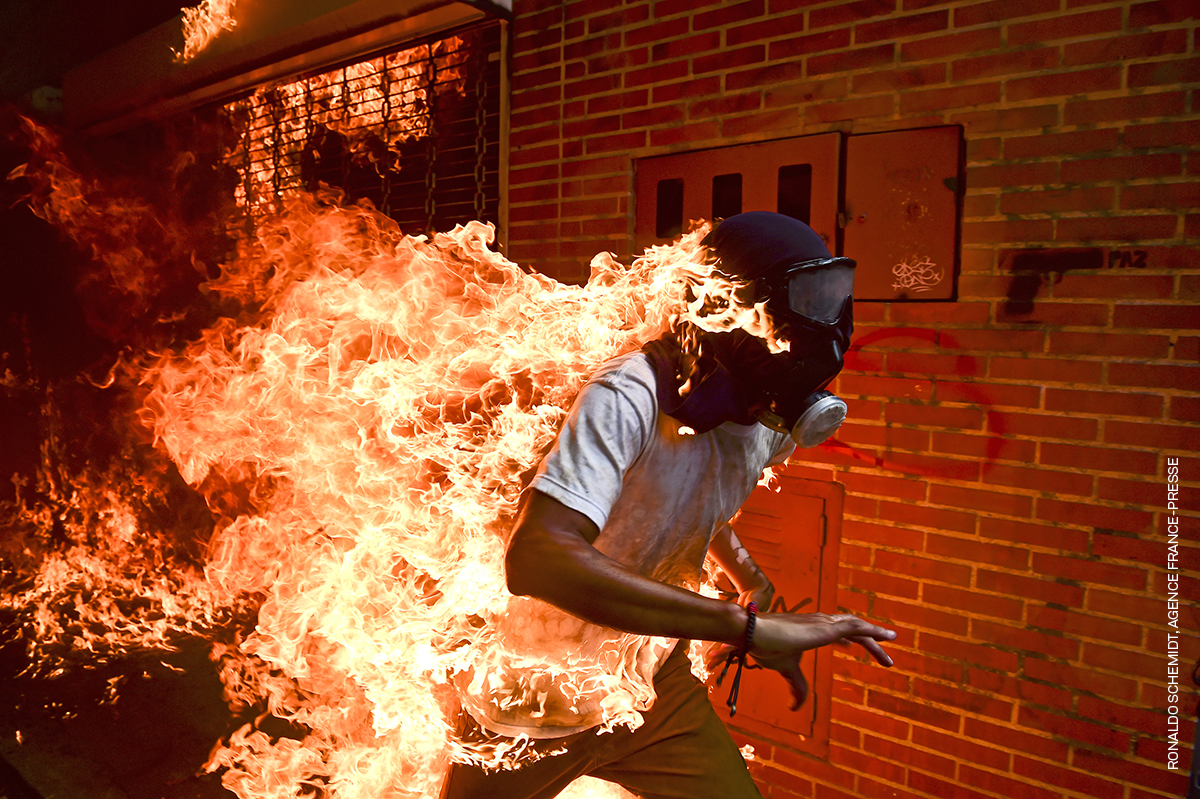 The image shows José Víctor Salazar Balza (28) on fire amid violent clashes with riot police during a protest against President Nicolás Maduro, in Caracas, Venezuela.

Salazar was set alight when the gas tank of a motorbike exploded. He survived the incident with first- and second-degree burns. Schemidt (b. 1971) is a staff photographer for Agence France-Presse, based in Mexico. Here’s the photo on Twitter

It’s incredible. The chair of the jury describe it this way:

It’s quite symbolic, actually. The man, he has a mask on his face. He’s come to sort of represent not just himself and himself on fire, but sort of this idea of Venezuela burning.

“And there is one small detail in the picture. There was a gun on the wall. It reads “paz’. It means peace. That also makes this picture stong.”

“It just gives you that sense of more power to the people. To the ones who speak out.”

See this gallery for the other 2018 winners. They were selected from 73044 images taken by 4548 photographers from 125 different countries. While clicking through the 2018 photo contest gallery consider what a photo tells us and the emotional force it conveys.