The Sony FE 24-240mm f/3.5-6.3 OSS lens is an interesting beast, one which we’ve spent the better part of the month playing with. With an incredible zoom range (equivalent to 10x), the lens allows a photographer to go from landscape to wildlife without changing lenses. But it does so with some compromises. While it seems like it might bet the perfect travel lens, there are some limitations that should at least be considered before spending nearly $1000 on this lens. While the Sony 24-240mm Review might seem like it’s just for the travel photographer, the lens is important enough for the general Sony shooter to be worth consideration.

The Sony 24-240mm f/3.5-6.3 is a large lens, it’s nearly the same size as the new Sony Zeiss Distagon T* 35MM F/1.4 ZA lens (announced at the same time), weighing 1.73 lbs, (780g) and measuring 3.25 x 4/75 inches (when closed). The size of the lens is large, but of course it replaces a number of other lenses in a pack thanks to its long reach. The lens is dust and moisture sealed (though not weatherproof) making it a good choice for shooting in slightly inclement weather, though it won’t hold up to a shoot in a downpour. (Neither, though, will the a7 for that matter.) The lens has 17 elements in 12 groups, and seven blades in a circular aperture.

Both the zoom ring and the fly-by-wire focus ring are smooth and comfortable and easy to use. Some lenses are a bit sticky out of the box, taking a bit of time to break in before they’re comfortable to use, but that wasn’t the case with this lens, it felt smooth and easy to use from the get go. Strangely though, our test unit had a bit of wiggle when mounted to the camera body, even on the a7II, which has a more durable and substantial mounting bracket. We’re not sure if this was unique to this particular unit or an issue with the manufacture of the mounting hardware on this lens in general.

The limitation in the body’s design here of course comes in the variable aperture. At the widest setting the lens is f/3.5, which isn’t particularly shallow. That means that wide-angle shots often have the nicest, softest background blur… 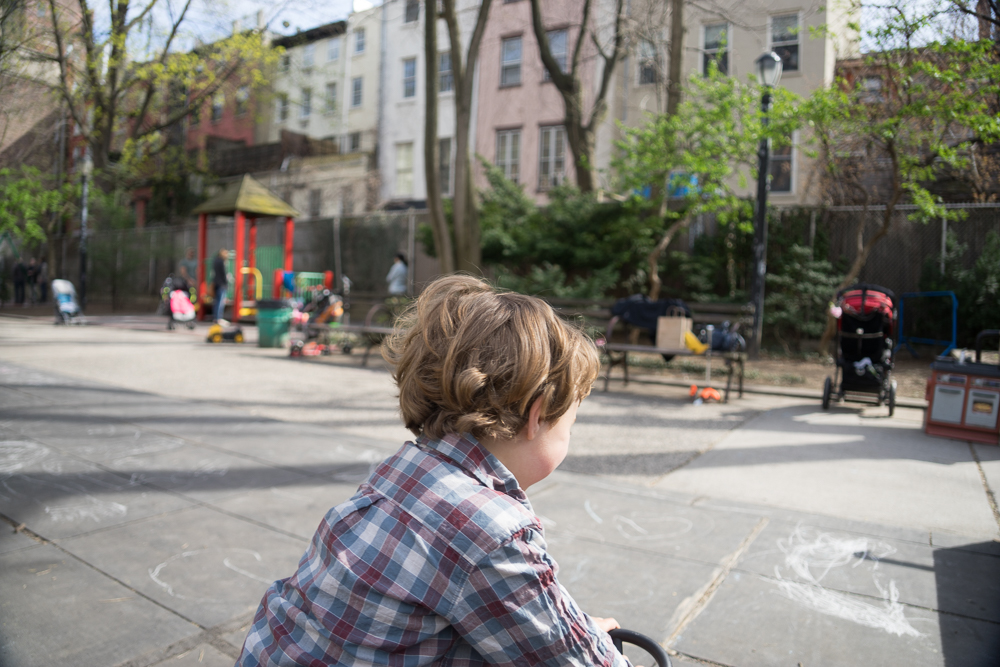 while shots at a long focal length do not due to the f/6.3 maximum aperture.

That means that the lens is less useful for things like portraiture or sports (where you would want to use a long focal length and blur the background) than it might be if the aperture were fixed at, say, f/4 across the whole focal length.

The lens also has optical image stabilization built in, which is good for photographers using an a7, a7s or a7R without the built in five-axis stabilization of the a7II, or for users of the a6000.

The 10x focal length reach of this lens is incredibly impressive. Here we’re looking at a crane perched high atop a construction site both at 24mm and at 240mm. This would be difficult to achieve on the Sony platform with any existing lenses. (Note: Sensor dust was left in to not alter the original images.) 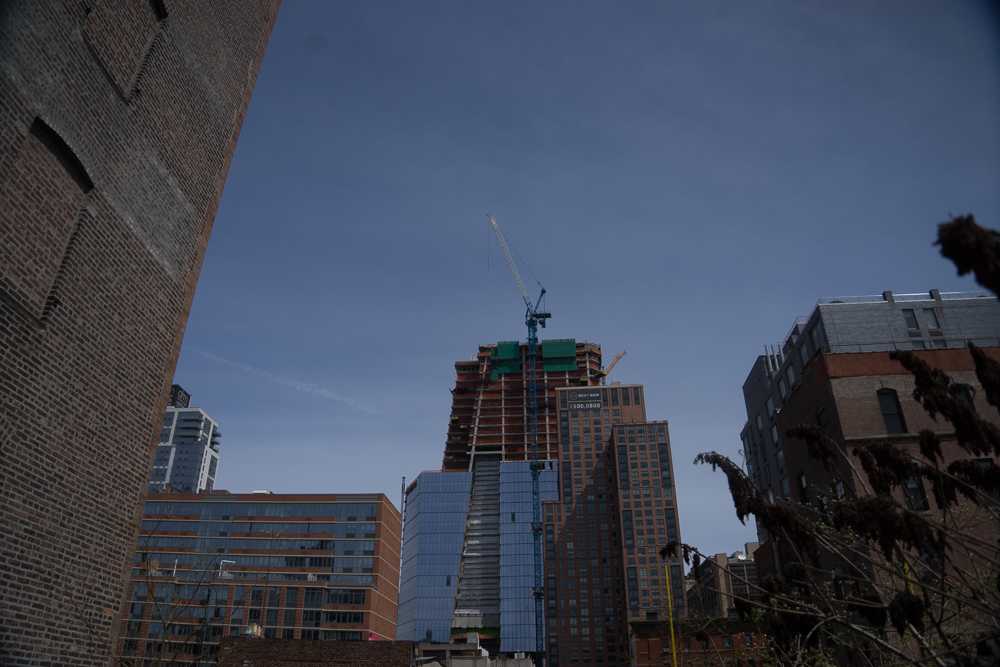 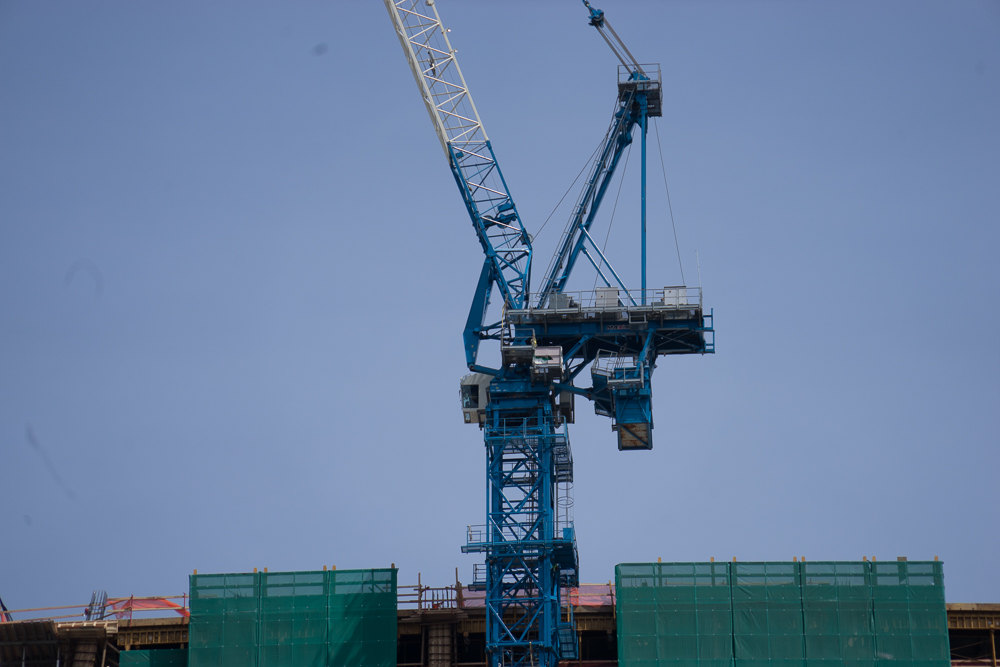 This wide-angle street scene looks quite different at 24mm and at 240mm. 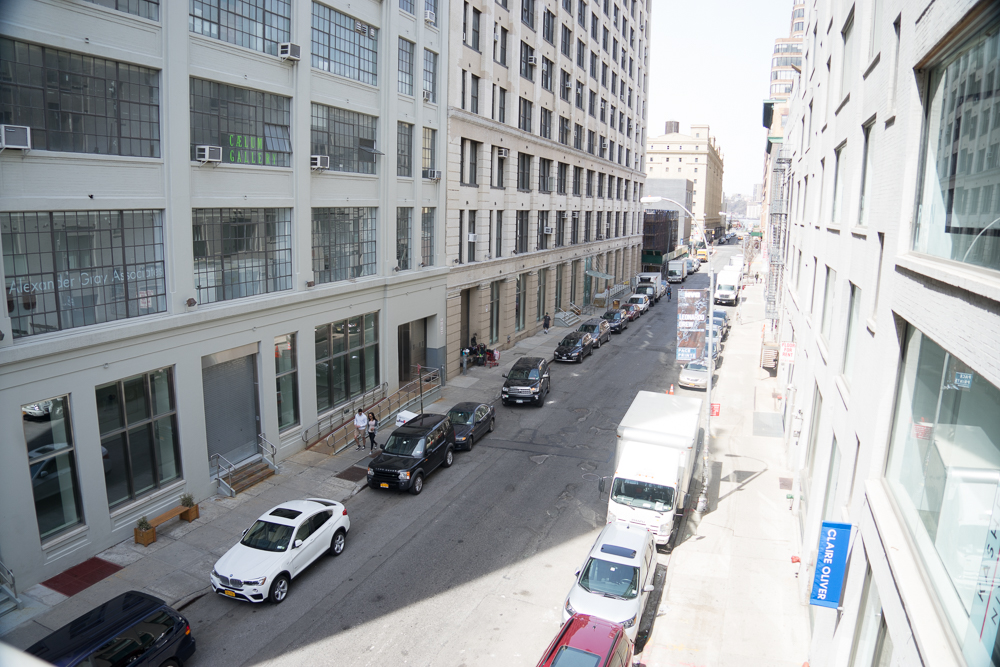 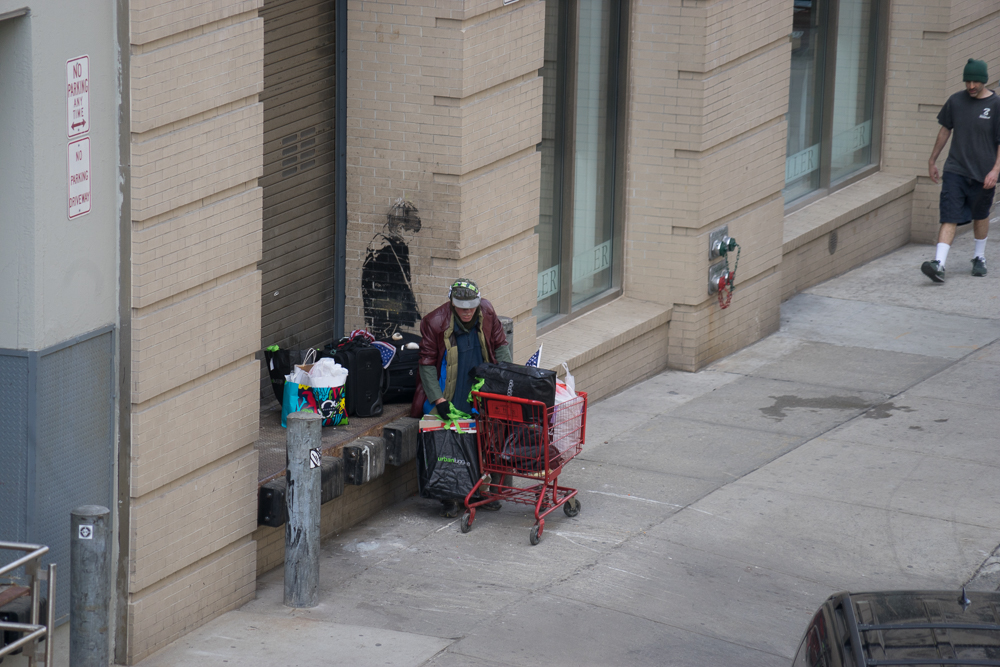 When coupled with the A7II, this is among the fastest tracking lenses on the Sony FE mount system. Photographers looking for a long lens that can follow a subject can be confident that the Sony 24-240MM f/3.5-6.3 OSS will track as well as more expensive lenses. We think that a good portion of the size of the lens is dedicated to a focus mechanism that can push the glass at different focal lengths and it works well in most situations. (Sony a6000 users would get a particularly good speed and focus crop boos when using this lens.)

That said, we found a few ares where the AF surprisingly didn’t work well, though it’s impossible to tell if it was the lens or the camera itself. When these Sikorsky CH-47 helicopters passed over New York City in formation, the lens was unable to lock onto them at first. Perhaps it was a contrast issue, perhaps it would have been better to have used a small focus point (rather than zone). There wasn’t quite enough time to fiddle with the settings, and we didn’t have a formation of choppers passing over again. It was the one odd chink in the focus armor, and we’re chalking it up to the contrast between the sky and the camouflaged helos. (Note: Sensor dust left in to not edit original file.) 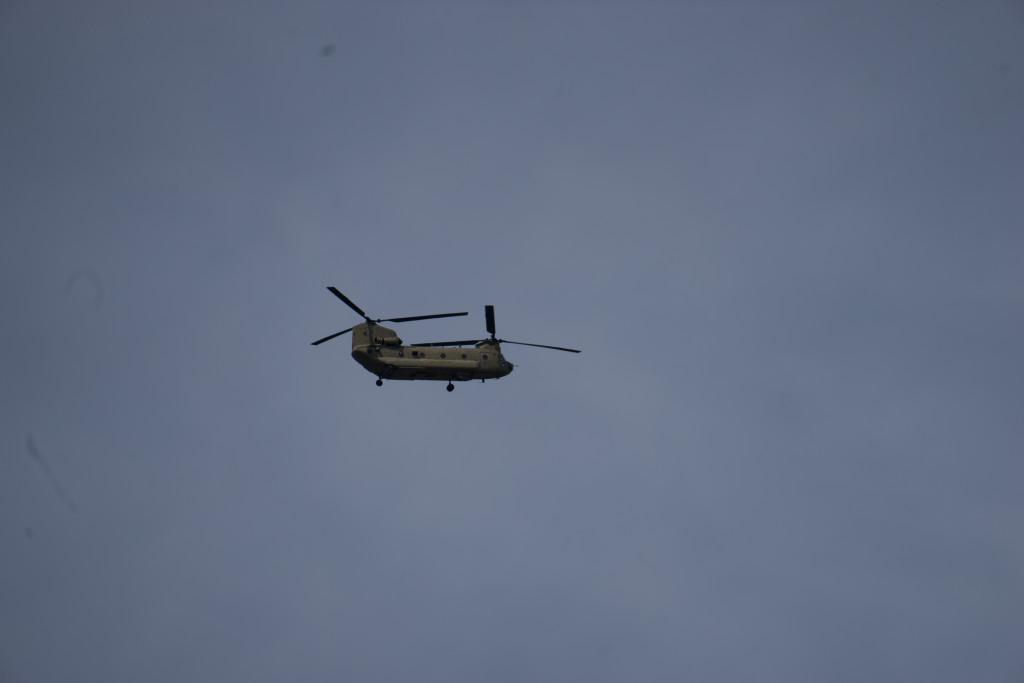 When testing a lens, I like to shoot with it several times before even glancing at the published MTF charts. (An MTF chart is a graphical representation of the sharpness and the contrast of a lens across the surface of the lens starting at the center of the lens—the sharpest point—and working outward.) That’s because I like to have my eyes pick out the weaknesses in a lens before I have chart point out the inherent weakness in the lenses. In the case of this lens, as is often the case, I found some very similar issues between the MTF chart and real world testing.

At both the 24mm and the 240mm the lens starts off with very good to excellent sharpness at the center of the lens, but then pretty quickly falls off from the point halfway from the center to the edge of the lens. This is pretty obvious when using the lens. Here, I shot the lens with the focal point smack-dab on the middle of the building. Notice the detail loss at the top of the building, where the orange safety netting and crane are against the sky. This is a tough scene to begin with, but the contrast here is poor and the detail falls apart. 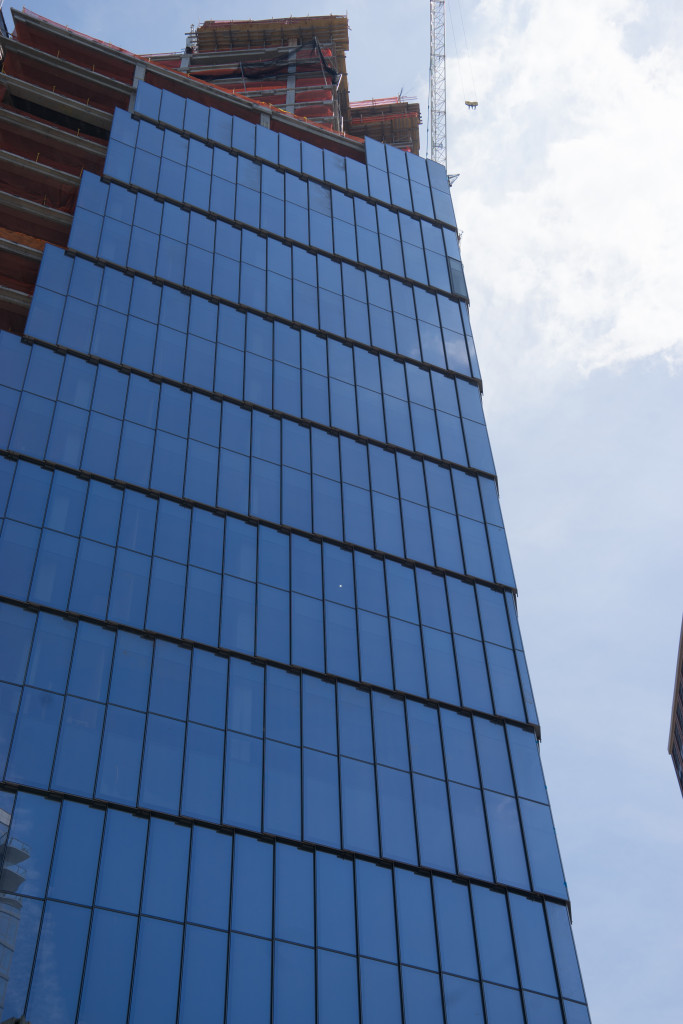 However, a clever photographer can occasionally  use this sharpness variability to good effect. Here the lens was used at 216mm around four feet from the subject to create a pseudo macro, and the lack of detail at the edges actually contributes to the softness of the out of focus background. 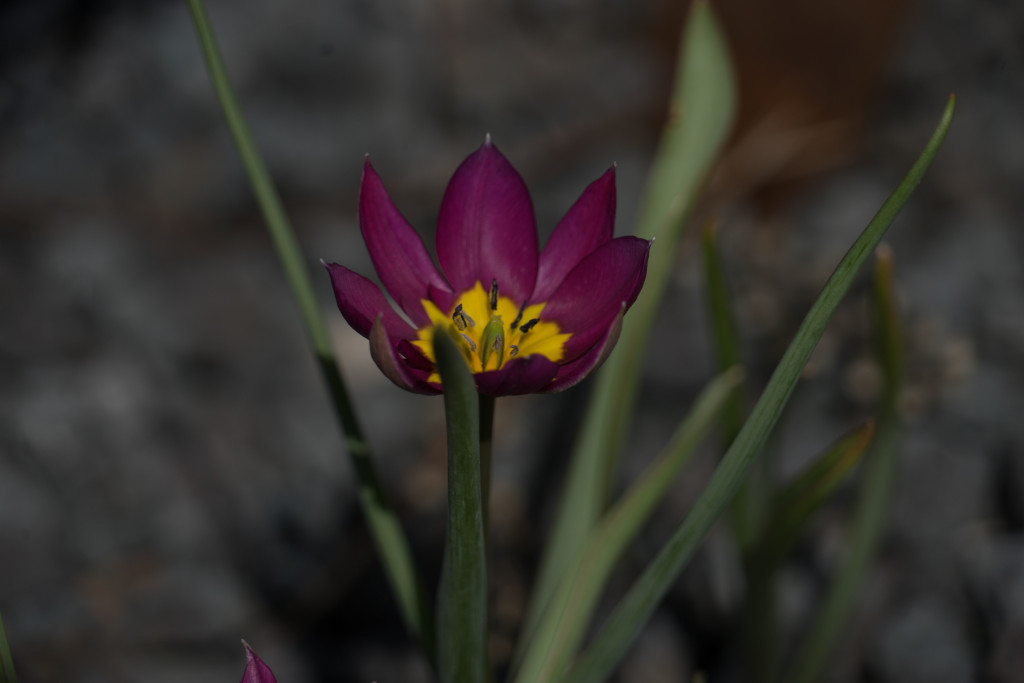 Travel lenses are, by definition, a compromise. They are an acknowledgment that sometimes experiencing an event unencumbered by the weight of twenty pounds of camera gear is just as important as having a camera to capture a fleeting and beautiful image. As far as compromises go, the Sony 240240mm f/3.5-6.3 OSSis a good one, and for many shooters a great one.

Related articles across the web