Nikon’s announcement of the Z7 and Z6 cameras left in its wake a debate about what makes a camera fit for a professional, but little was made about a few points that I think are more important in this era of the increasing dominance of mirrorless. This post examines some of those points.

As a disclosure, I shoot Sony. I mean, the name of this site is Sony Mirrorless Pro. However I’ve been in the media business for a career and have shot every camera system on the market though, and am a big advocate of people photographing with the equipment they like the best. When the Sony a7 camera out, I shot with both that and Nikon gear professionaly for years, until the a7 II and wide lens lineup made a full switch possible.

From a standpoint of a photographer, Nikon’s release of a high-end full-frame camera (let’s skip the argument about whether it’s truly a “pro” camera for now) and Canon’s upcoming release (if rumors are to be believed) of a full-frame mirrorless system validates Sony’s approach to mirrorless, but it also makes for a confusing message to photographers, and an even more confusing market for those still shooting DSLRs.

Let’s focus mainly on Nikon here, as they’ve already announced a camera. The same will hold true for Canon when they drop their new gear, though their message may be silghly different depending on what those cameras are. 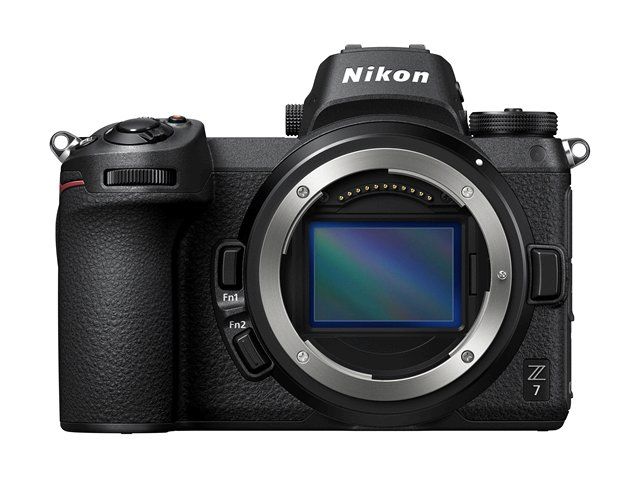 Nikon have clearly stated that they will be making both DSLRs and mirrorless cameras, and that they are dedicated to both platforms. The message from Nikon is that the Z7 is a mirrorless D850, and a related message from Nikon is that their existing DSLR lenses are to be the primary glass for at least the next few years. In interviews published in Japan and translated into English, Nikon executives acknowledged that a mirrorless version of the D5 is forthcoming.

Nikon also promoted a marketing message that the best thing about their mirrorless cameras “is in your camera bag” referring to their lenses. Forget about whether or not you can have a system with three native lenses, let’s focus instead on the messaging about the future of camera development from the SLR manufacturer.

Nikon will remain—naturally—committed to the SLR, they’ve got 100 years of system legacy and a much wider variety of cameras for SLR than the two mirrorless full-frame systems. There are probably more Nikon D4 cameras in circulation still than Nikon will sell Z7s in quite some time.

The plus for Nikon is that they have a huge roster of existing users, but this is a double-edged sword. Nikon’s top-end mirrorless camera is the Z7, a system that on paper is close to the Sony a7R III, but from early reports has the performance of the a7R II. The Z7 will likely fall short of the D850 in overall system performance, and absolutely falls short of the D5. That’s not a dig at the camera, it’s just a look at the overall specs and performance.

That’s not to say pros can’t use the Z7, but it means that as of today, and as of the foreseeable future, Nikon users will have to use both DSLR cameras and mirrorless cameras if they’d like to get the best of what’s available. If you’d like the best speed, buffer size, AF, etc., you’ll need a camera like the D850 or the D5. If you’re looking for in-real-time feedback from an EVF, better video, and the newest lenses, you’ll need the Z6.

Things get more confusing for the APS-C shooter. The Nikon D500 is one of the best DSLRs ever built, and there’s nothing from Nikon in a mirrorless camera in the APS-C range. The Z6 and Z6 don’t come close to its performance. So if you shoot APS-C, you’ll have to sit out this round.

Nikon tends to operate on around a three year product cycle, and, especially recently, Nikon has been having difficulty keeping up with demand. The Nikon D850 was/is perpetually on backorder, and it was the only compact-sized pro camera the company offers. Now Nikon have added two more bodies to their catalog, with a mirrorless version of a D5 coming at some point in the future.

We will have to wait and see if Nikon can keep up with demand, although the Z7 has not yet shipped and Nikon have already issued an apology that their orders will be delayed significantly. With Nikon rumored to be producing 20,000 units of the Z7 a month, that’s great news for the company on the financial front, but it’s lousy news from an optics standpoint. The company now moves form having one backordered camera to two of them.

Nikon is in a tough spot here, they have clearly seen that mirrorless is the future, they admit that much in the language used to describe the camera in the company’s teaser videos and press launches. As soon as Nikon announced the Z7 and Z6, they heralded the end of the DSLR era. (How long, after all, can you try to tell DSLR customers that the DSLR is best, while also telling customers that mirrorless is best.)

To clarify some misconceptions, mirrorless is a radical advance over a DSLR system. Some YouTube commentators have harped on the definition of “revolutionary” and whether mirrorless is a revolution over DSLRs but then they largely look at just the end-sure advantages of the current systems, not the fundamentally different approaches.

To a shooter, a mirrorless system offers an EVF instead of a optical viewfinder, and the ability to do things like face or eye detection. That doesn’t seem all that revolutionary. But the underlying differences between the two systems are profound. DSLRs use secondary AF and AE sensors to perform their focus and exposure duties, while a mirrorless camera uses the main sensor. There are huge advantages to this on-chip functionality that is only now starting to realized as the technology hits its stride.

Now Nikon (and presumably Canon in the near future) is in the unenviable position of having to justify two radically different technologies, and their simultaneous existences. To put this into context, let’s look at the automotive world. Tesla has a similar role to Sony the auto world, thanks to their disruptive approach to an electric drivetrain. You can argue that a petroleum-driven car and a battery-driven car are similar to each other—after all they both have steering wheels and an accelerator and a radio—but they’re also radically different. The require a different approach to engineering, research and development, marketing, etc.

The first few generations of Tesla’s vehicles could not match most of the stats of a gas-powered car. Their range was more limited, their carrying capacity was lower, and there was no “affordable” model. Between better battery life and fast charging in newer models, Tesla has steadily increased the value proposition of their cars. When the truly affordable Model 3 was announced, it started to put serious pressure on the competitors.

Many auto manufacturers have responded with aggressive plans to convert their fleets to eclectic. GM has announced its path to “zero” emission vehicles. VW will electrify all of its brands by 2030, and so on. Like with cameras and the press to mirrorless, the speed with which the manufacturers covert to an all-electric lineup will determine their future finances.

As one of the two dominant players in DSLRs, Nikon of course has to keep making DSLR cameras, but at some point, this will put tremendous pressure on them. Either they try to keep the number of DSLR camera launches the same, and add mirrorless cameras to the lineup as well, or the taper off the DSLR models and replace them with mirrorless cameras.

Another pressure for Nikon is that their sensors are manufactured by Sony. Despite sponsored posts reporting that Nikon does it’s own sensor design, the production of its sensors is done by Sony. No matter how closely Nikon works with Sony’s sensor division, it’s not as closely integrated as Sony’s digital imaging division is with Sony’s sensor division. In other words, it’s going to be much harder for Nikon to eek the most out of the sensors when they don’t have as clear a look at a roadmap as does Sony.

While Nikon works to create a world where they produce both DSLR and mirrorless cameras, Sony (plus Fujifilm, Panasonic and Olympus) has gone all in on mirrorless, which means they’ll be concentrating squarely on increasing the performance of that technology and their offerings.

Companies only have so many resources. Certainly more engineers can be hired, more offices purchased, and more factories built, but this all has an associated cost, and it takes a long time to ramp up these resources. Without increasing staff, any person-hour an engineer spends working on a mirrorless camera is an hour not being spent on DSLR, and vise-versa.

Not only do the Nikon Z7 and Z6 fail to come close to the Sony a9 in terms of performance, the Nikon D5 fails to as well. Now Nikon has to create a replacement for the D5 user in both a DSLR and mirrorless system, while Sony is going to keep on forging ahead with a single system, with a single selection of lenses, and a singular focus on sensor research and development.

The evaluations of the Nikon Z7 and Z6 will come soon, and the Canon mirrorless cameras will be here before we know it. But no matter what the DSLR manufacturers do, they’ve got a harder path now in advancing the future of mirrorless than Sony or any of the companies that already realized that mirrorless was the future, and have been dedicated on advancing that technology.