The Sony a6400 Interval Recording (time lapse) is one of the camera’s nifty new features and during the launch, I tried it out at a restaurant.

The camera took 1400 frames, which translated to about a minute at 24 FPS. So the video didn’t have a minute of dead air, I added restaurant and beach sounds to the timeline.

The Imaging Edge software isn’t out yet, but will streamline the admittedly tedious process in Final Cut Pro. Here’s another example from Sony.

They edited their movie with PlayMemories Home and Imaging Edge(TM) Viewer desktop applications, using still images shot with α6400. And, powered the camera with with a mobile power bank via USB. The shooting interval was 15 sec and the AE tracking sensitivity: Low

Once the a6400 is launched,  I’m sure photographers will find more creative uses for the feature, like boats on the water, light trails, and so on.

The Sony a6400 Interval Recording can be set anywhere between 1 and 60 seconds. The total number of shots is from 1 to 9999.  AE tracking sensitivity can be adjusted to “High”, “Mid” or “Low” during interval shooting, allowing for reduced changes in exposure over the shooting interval. 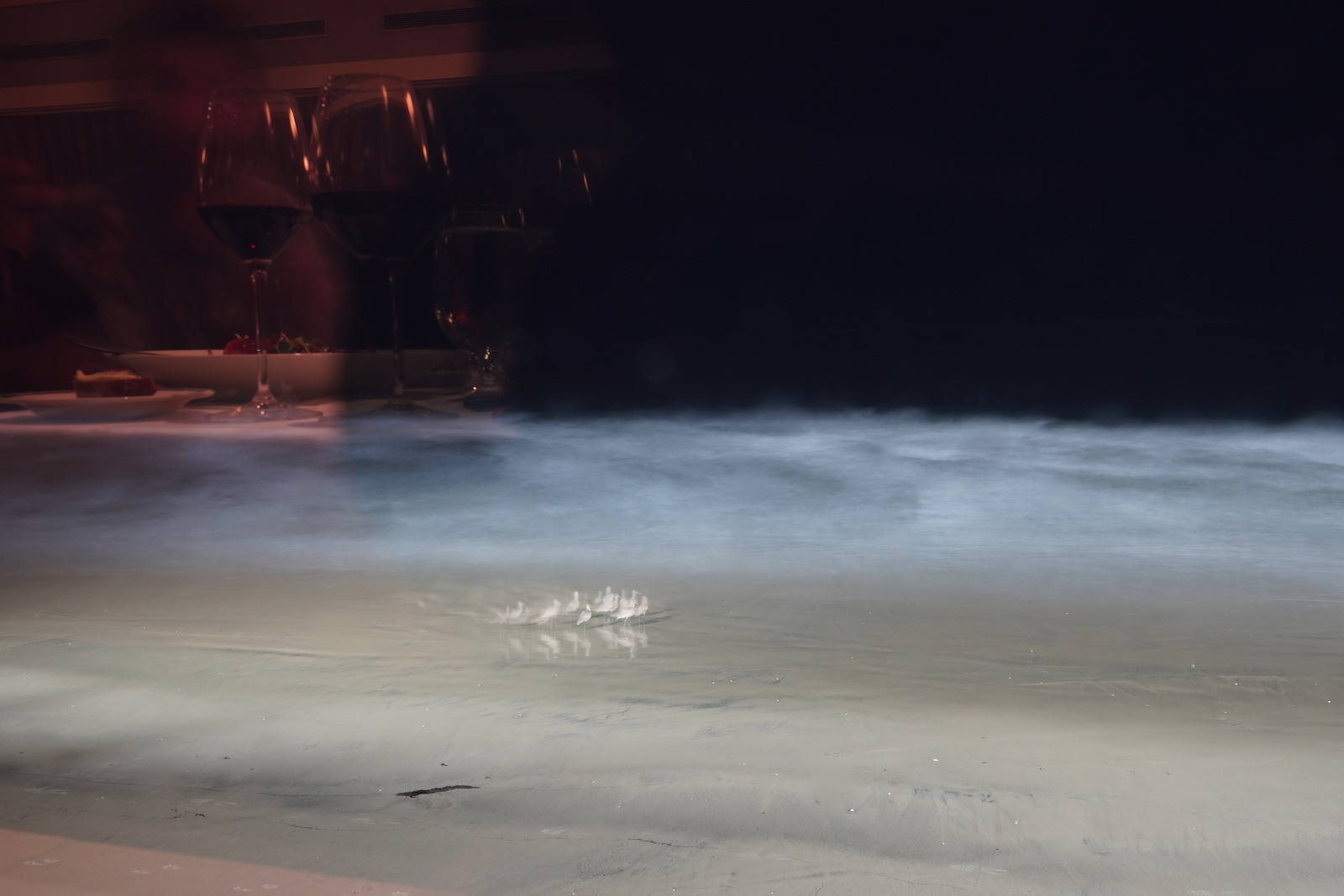 For my test, it was a night, and with the focus set to infinity, and tracking at low. Occasional sand pipers will come into view and a boat passes by too. Also seen are wine glasses and a light on the wall behind us.

Creative a time lapse was fun and a welcome feature on a $900 entry-level camera. Here are the rest of the a6400 features: