Last week in San Diego, Sony announced the new APS-C enthusiast camera, the a6400, and as is becoming increasingly typical, some press rushed to publish stories, and in doing so got their facts painfully wrong.

The most obvious example of this came from Matt Granger. He has had a few cases recently where he reported on facts incorrectly. After the Nikon Z7 launched, Granger ran a correction and apology for omitting the card slot specification and overlooking the performance of the battery.

With the a6400, Granger released a first-look video with much of the content generated on the fly. This itself isn’t his fault—there’s tremendous pressure on YouTube to claim “first” to a topic. That results in a mad scramble by some press to get a report up, testing be dammed.

When Fro was semi-famously wrong about Sony’s a9 having a banding problem, we ran an editorial with this quote

I think it’s important to address the YouTube phenomenon of racking up viewership by proclaiming a major and fatal flaw in some piece of gear and claiming “first” on bringing that fatal issue to the attention of the public. The best products to take-down in a video are the most popular or most eagerly anticipated. If you remember the iPhone “bendgate” scandal you’ll be familiar with this.

I was shooting next to Granger at this event and I knew something was up when he stood next to me with his Nikon, I assumed he was getting a baseline for comparison, but many of the comments on his video on forums point out that he used completely different settings to test the Nikon and the Sony systems.

Granger summarized that the camera didn’t function as promised. When viewers watched his footage though, it turns out that he was in the wrong shooting mode—AF-A v. AF-C. In other words, he wasn’t actually using the feature he was testing.

Who really knows why this was. There certainly was a lot of commotion when the camera was launched, and it’s easy to make a mistake in your settings.

Sony is Available to the Press

I haven’t spoken about this topic much, but here’s the thing, Sony makes their engineers, marketing staff, and tech support available to answer questions. They’ll addresses issues as needed. During the launch, they answered my questions, many others too.

Here I am with two Sony staffers looking at what turned out to be a translation quirk on an interval-shooting dialog. 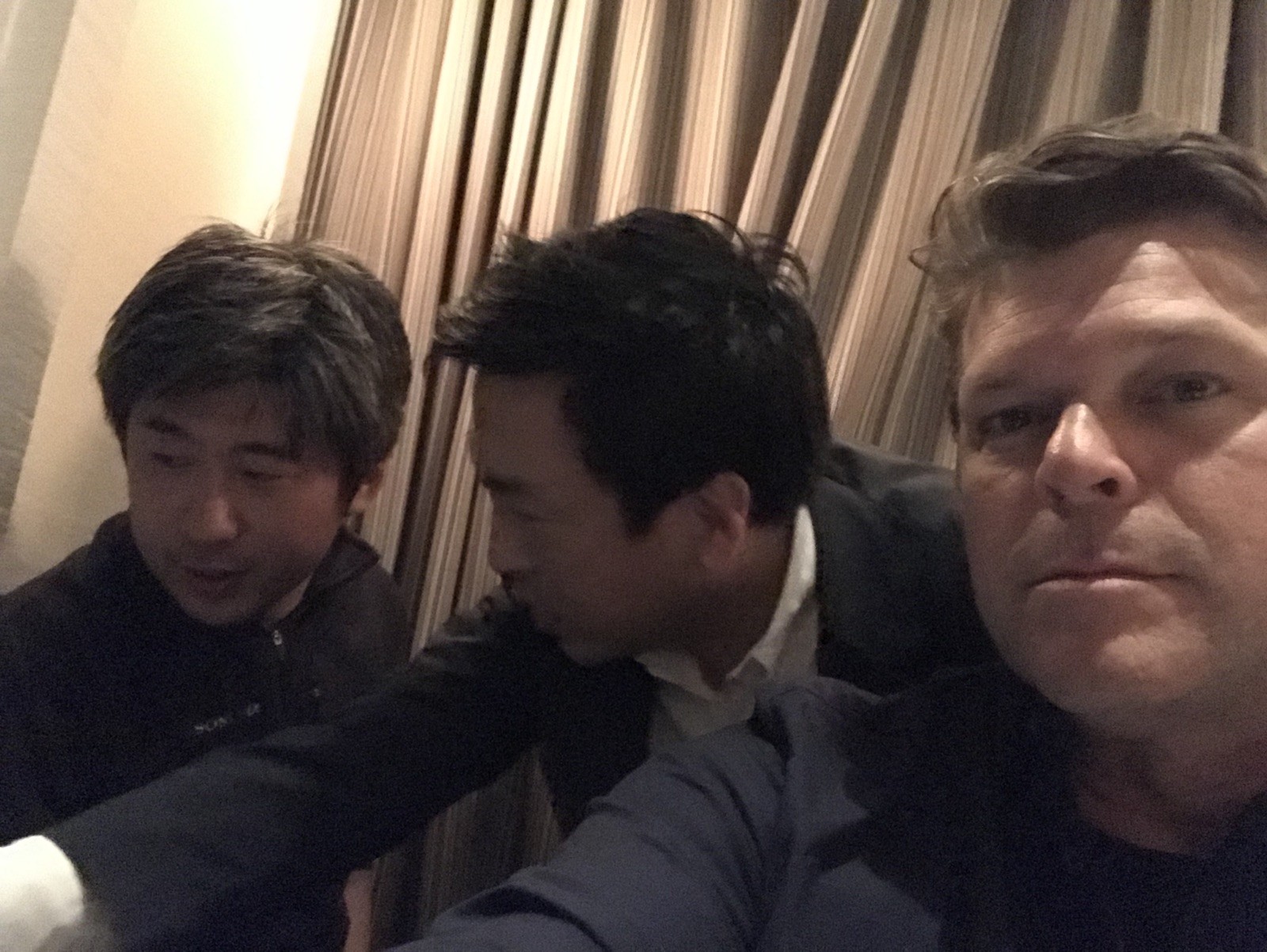 Matt could have even asked me, or any of the journalists gathered. We had drinks together the night before. He introduced himself and wanted to know my story. In fact, Ted Forbes from The Art of Photography and Jaren Schneider from Imaging-Resource did just this, they teamed up to make controlled tests to evaluate the focusing function of the a6400 when focus seemed to be jumping off subject in the viewfinder. Their conclusion was that the viewfinder isn’t keeping up in displaying the focus points during burst shooting, but the camera is focusing properly.

If you hear staffers from DP Review tell it, they’ve gotten sought after functions into the firmware by (continued) request alone. That’s because they care enough and are genuinely concerned about the performance of mirrorless cameras to ask questions and to get feedback from the engineers.

Matt’s Camera was in AF-A Mode

Mirrorless is a segment of the market that’s moving very fast and relentlessly. There’s nothing wrong with being confused about it. What is wrong is blaming the camera gear without talking to an expert.

Matt Granger was busy. Who isn’t? And, he had one foot out the door for another trip. The problem is being too busy to get it right isn’t ok; even in the domain of overhyped YouTubers driving traffic on a controversy.

As commenters pointed out, Matt was in the wrong mode. His error was noticed first by Nilzgraphy and happens at 7:32. I was on his left at the time and had I seen the error, would’ve said something.

How the Modes Work

So Matt my story is,

Get your facts straight. Whether you’re a YouTuber or not.

Here’s the video where Ted and Jaron get to the bottom of the AF in the a6400. It’s a good example not only of journalism but of editing. Ted even stops the video at one point while he and Jaron were speculating on what was happening to jump ahead and give the conclusions of their tests so that the video didn’t have incorrect conclusions.

The Sony a6400 is a terrific compact camera packed with features from Sony’s pro models, like the a9.

Reviewers like Tony & Chelsea are declaring the focus accuracy to be at 98% for eye detect—well above that of any other APS-C camera, and above even cameras like the D5.

Despite what YouTubers like Matt Granger are saying, it’s performs and is available now from Amazon for $899.99.