In my other job as a blogger for Bike Hugger, I was interviewed about Seattle bike shares and the reporter, Micheal Crowe, run and gunned with a Sony XDCAM HD 422 (under $5K on Amazon).

Of course it got the job done and Micheal praised the lens, that’s a Century .75X HD Wide Angle Converter EX1/EX3 ($974). With little set up time, being able to tighten or widen the shot on the subject (in this case me), is critical for a interview that’s schedule to run that night. 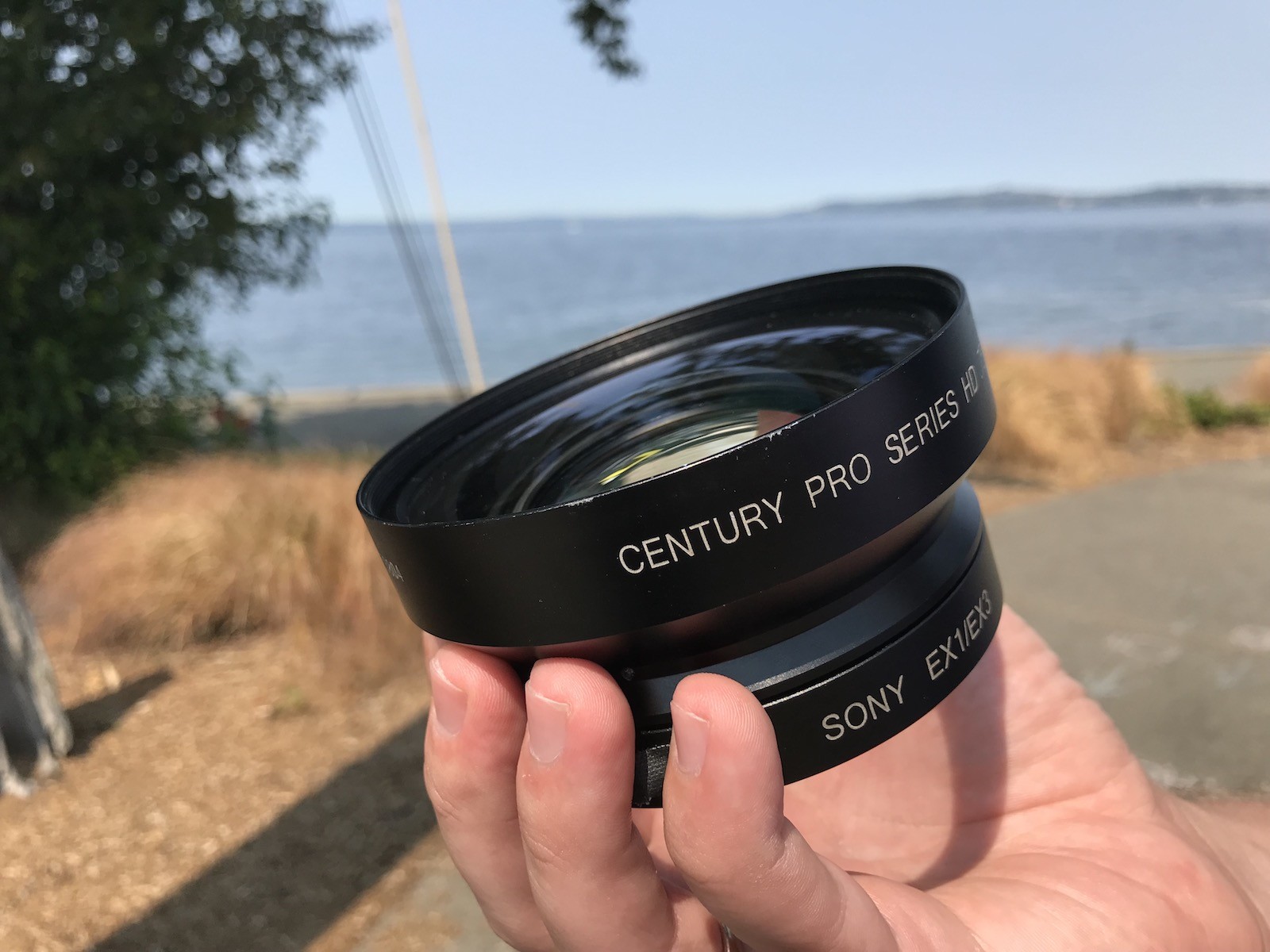 Where we met was very busy with distracting crowds, back-up beeping trucks, and crews setting up for SPF-30.

You can watch the story here.

Micheal also told me his personal camera is a Sony a7S II and he opened an a7R before that. The Cooke Look story I wrote for Digital Photo Pro, with help from my colleague and former newsman Eric Johnson was shot with an a7S II.

There was a time, really not that long ago, when a set up for a King 5 nightly news would’ve cost in the triple digits.

Sony and its mirrorless disruption has not only upended the still market, but cinema and the news business too. As I shared when the story was first published, a Cooke lens with a7s II costs about $10K and that pricing would’ve been unheard of just a few years ago. Here’s what Eric Johnson told me after the shoot

In today’s production environment with an E-mount option, having not just access to legendary, or near legendary, lens manufacturers is a game changer. But now the price point has opened things up to owning such lenses. For video production, my still lenses days are numbered.

While the XDCAM HD422 is six years old, it’s still creating broadcast quality content and is the consummate run-and-gun package.

That century pro series lens too. If you ever see one used….